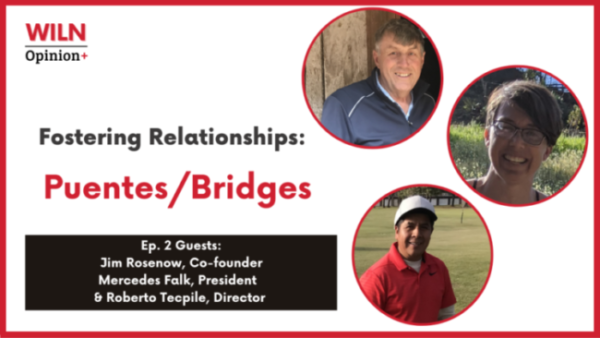 Welcome to another episode of Wisconsin Latino News Opinion+ where we talk about major issues the Latinx and other underrepresented communities face in the state of Wisconsin. This week’s guests include three team members from the Fountain City-based organization Puentes/Bridges: Director Roberto Tecpile, President Mercedes Falk and Co-founder John Rosenow.

Like its name, this organization attempts to build bridges between farming communities and the people who immigrate to these rural areas of Wisconsin for work opportunities. Nearly six percent of Wisconsin’s labor force are immigrants, and a significant portion of this immigrant population goes into the farming industry. According to Rosenow’s own accounts, and a report by the Milwaukee Journal Sentinel, which included him and Tecpile, Latino immigrants are vital to Wisconsin’s dairy industry.

To no surprise, Latino immigrants face language barriers with their employers, often relying on hand gestures or their phones to translate.

“The desire to want to understand each other really helps a lot,” said Falk.

That desire prompted action. In 2001, a group of dairy farmers, including Rosenow, took a trip to Cuernavaca, Morelos, Mexico to visit a language school in the hopes of developing Spanish skills to better communicate with their staff. It was his idea to visit the workers’ family members.

While Rosenow was doubtful about the first trip, he soon realized the value in it when their visit brought out local Mexican media, who were astounded by their arrival. He was told that it was the first time they had ever seen U.S. employers visit their employees’ hometown. After a few more pioneer trips, Puentes/Bridges was incorporated two years later.

“It was like a once-in-a-lifetime experience,” said Rosenow, who will embark on his tenth international visit with Puentes this year.

“Even though there is a separate language, there’s so much that they have found in common and ways that they realize that they really connect with one another on a deeper level,” said Falk.

The trips act as a cross-borders, immersive, team bonding experience. Tecpile says that he has learned a lot through his experiences with Puentes. Rosenow echoes this sentiment, sharing how Puentes has helped his relationships with his workers evolve.

“It’s always been a family-type thing,” he said. “And now the families are just from a different country.”

Resources mentioned in this video: 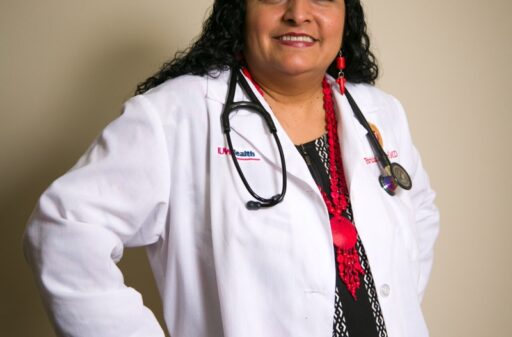 Dr. Patricia Tellez-Giron on “Helping each other” through COVID-19